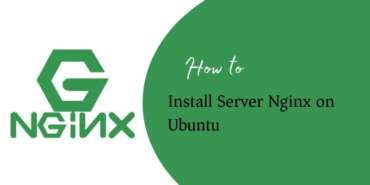 Apache was introduced before Nginx in 1994. It became popular and used in 1996. When the usage of Apache in developing web applications increased, people started getting to know the limitations of the Web server. One of the major issues found in Apache was handling multiple client connections at a time. Large and complex applications with a huge customer database started facing the C10K issue.

What is the C10K problem?

The C10K issue is the server’s restricted functionality to handle 10,000 clients simultaneously. In simpler words, if you have limited infrastructure and scaling is required to handle more than 10,000 clients, Apache gives performance issues.

As a resolution to this issue, Nginx came into existence in 2002. The official release for the public was released in 2004. The web server’s architecture relies on event-driven methodologies and asynchronous client connections.

It gained popularity for its lightweight architecture and scaling capabilities on the minimum hardware setup.

Let us understand the features of Nginx based on its architecture.

Nowadays, the cloud serving platforms such as DigitalOcean, Amazon EC2, Microsoft Azure, and Google Cloud Computing platform, provides instances with easy to install and configure Nginx on Windows as well as Linux-based platforms. Manually installing the server on a local machine is the process that every developer should know.

To install and configure the server on Ubuntu manually, we need to know the set of commands that are used. Now, let us see how the Nginx server is set up on Ubuntu.

The next step is to set up Nginx.conf to run the server on your localhost. You can set worker processes, connections, ports, and the request types, request methods, and errors as a part of the Nginx web server configuration.

The server’s capabilities such as flexible, scalable, and powerful make it easier for the development team to decide to go for Nginx as a part of the technology stack.

Product Manager by profession, writer by passion and entrepreneur by dream. Mix of all these makes me an author to write in the fields of technology, commerce and analytics.